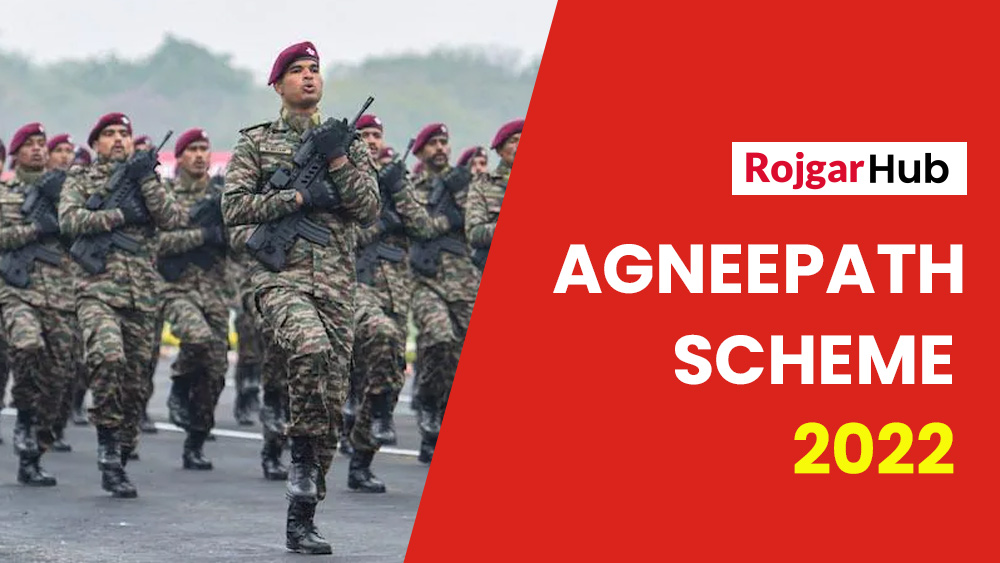 In a step that promises radical changes in recruitment for the Indian Armed Forces, the government launched the “Agnipath” scheme for recruitment of soldiers in the Army, Indian Navy and Indian Air Force on a four-year short-term contractual basis. The Cabinet Committee on Economic Affairs (CCEA) and Union Cabinet met and approved the proposal on the ‘Agnipath’ scheme. In this article you get to know about Agneepath Yojana Entry Scheme 2022.

What is “Agneepath” Military Recruitment Scheme for armed forces?

Agnipath or agneepat is a recruitment scheme for the Indian youth who wish to join the Armed Forces. Recruits hired under the scheme would be called Agniveers. The entry would be done for a period of 4 years initially and during these 4 years, the recruits would be trained by the armed forces in the skills required.

Agneepath Bharti Scheme is a central government scheme for all Indian candidates. Through Agnipath, one can serve in the combat forces and approximately 46000 soldiers will be recruited every year for the service term of just four years. Of these, about 25% soldiers would be retained for an additional tenure of 15 years for permanent commission. The others would be allowed to leave and given a Seva Nidhi – a corpus of one time amount of Rs. 11.71 lakh plus interest.

Addressing the press conference, Defence Minister Rajnath Singh said “ the scheme will give a better opportunity to the youth to serve the nation. The government also expects to save a substantial amount of money through the scheme which will be used for military modernisation. The scheme will cut down the ballooning pension bill of the armed forces as 50 percent of defence budget is being used on salary and pension bills. Under the scheme, the youth will not have to join the armed forces for the long term.”

How to join – Eligibility Criteria for Agniveers

Enrolment will be based on an `All India All Class` basis. For all three military forces, enrolment will be done through an online centralised system. Specialised rallies and campus interviews at recognised technical institutes such as Industrial Training Institutes and National Skills Qualifications Framework, would be conducted for the same. Candidates must meet the medical eligibility requirements in order to enrol.

The chiefs of the three services were present at the media briefing. Lt Gen Anil Puri, Additional Secretary, Department of Military Affairs said, “Today average age is around 32 years, in time to come it will further come down to 26 years. This will happen in six-seven years. In order to transform armed forces into youthful, tech-savvy, modern, there’s a need to harness the youth potential and make him a future-ready soldier”.

Chief of Army Staff Air Chief Marshal VR Chaudhari said the IAF shall be imparting a wide range of training & exposure to ‘Agniveers’ in aviation, weapons and sophisticated ground systems. “Agneepath scheme also allows IAF to assess both aptitude and attitude of young people i.e ‘Agniveers’ & prepare them for further specialized training in aviation and non-aviation skills required by IAF, should they opt to join as regular air warriors,” he said.

In the first year, Agniveers will get Rs 30,000 per month but they will receive only Rs 21,000 as 30 per cent of their remuneration or Rs 9,000 will be their contribution to the Agniveer Corpus Fund and the government will contribute the same amount to the corpus fund.

There shall be no entitlement to gratuity and pensionary benefits.