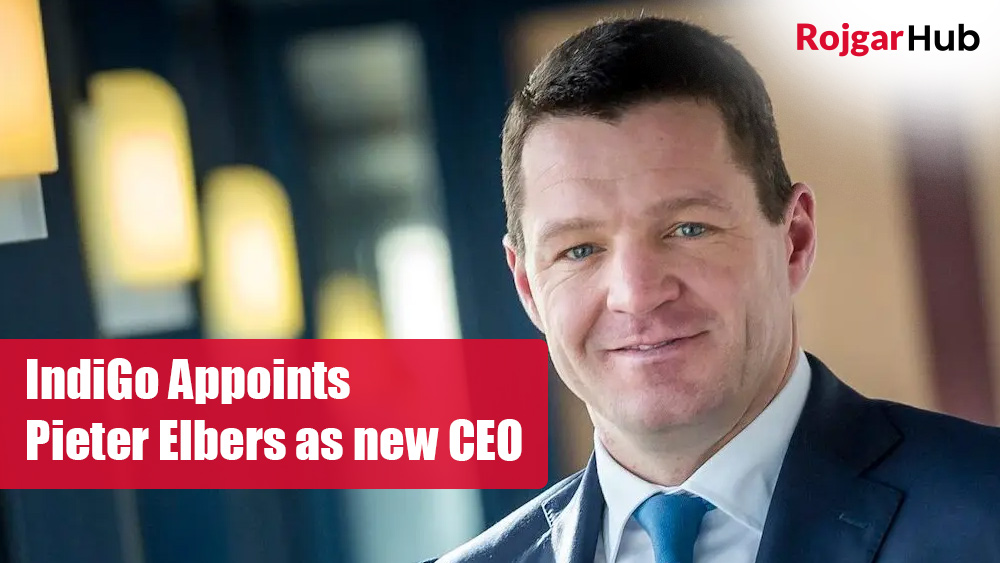 Mr Dutta was appointed as IndiGo’s CEO in January 2019, before which he served as an advisor for the restructuring of Air Canada, US Airways and Hawaiian Air and was also the President of United Airlines between 1999 and 2002.

“The Board of Directors of the Company, at its meeting held on May 18, 2022, has approved the appointment of Mr. Pieter Elbers as the Chief Executive Officer and as a Whole Time Director of the Company, subject to necessary regulatory and Shareholders’ approvals,” India’s largest airline said.

“The Board has also taken note of the resignation of Mr. Ronojoy Dutta as the Whole Time Director and Chief Executive Officer with effect from September 30, 2022,” the company said.

Mr Elbers said, “I am delighted to become a part of the next stage of IndiGo’s incredible journey, further fulfilling the vision of what the airline can do and will be for its customers and for India.”

Who is Pieter Elbers

Rahul Bhatia, Managing Director of IndiGo said, “The Board of Directors and I would like to thank Rono for effectively leading our business for almost four years with a steady hand through what has been the most turbulent period in the airline’s history and aviation globally.”

On his appointment, Mr Bhatia said, “India promises to be the last bastion of ginormous growth globally and given Mr Elbers’ deep understanding of the business, his legendary leadership qualities coupled with his energy and passion, we are ever so confident that under his stewardship, IndiGo will play a pivotal role in this growth opportunity.”

“I leave knowing that IndiGo is in the good custody of Elbers and that the future for IndiGo employees is secure and bright. I would like to thank all the employees at IndiGo for the kindness and affection they have shown me over the past four years. As I move forward to the next chapter of my life, I will look back with nostalgia, fondness and a tinge of separation regret,” Dutta said on his retirement.